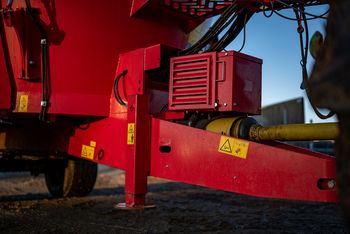 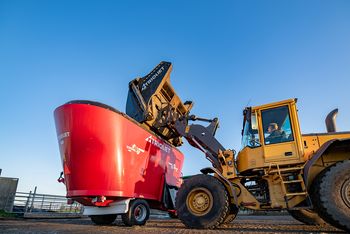 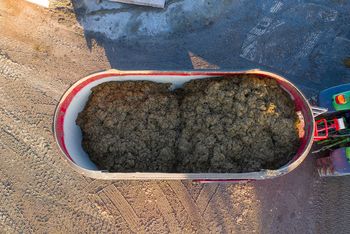 These days, dairy farmer Cees Middelweerd only needs 10 litres of diesel an hour to run his 24 m3 mixer feeder. He mixes up two loads a day to feed his herd of 350 milk cows, plus another two loads every third day for his 220 heifers. That means the mixer wagon must process about 130 tonnes of feed each week, totalling 1,000 operating hours annually. Since using a Shifttronic automatic reduction gearbox, his fuel costs have dropped by an impressive 25%.

Investment has paid for itself in less than two years

Shifts into the most optimal gear automatically

Based on the previously selected weight, the Shifttronic shifts into the most optimal gear automatically, avoiding unnecessarily high speeds. Cees: “The augers start off at high speed, but slow down soon after. When processing coarse feed for the dry cows, however, the mixer wagon continues at the higher speed for longer. What's more, the feed gets evenly mixed very rapidly. Fifteen minutes of mixing is already enough to achieve a nice homogeneous ration of grass silage, wheat, press pulp and undegradable forage rape. Another half an hour of mixing would cost more fuel as well. I have calculated that this investment will have paid for itself in less than two years. That's primarily because as much as sixty percent of our expenses for labour, depreciation, maintenance and fuel are accounted for by the diesel. When the dealer alerted me to the Shifttronic gearbox, it was an easy decision. It really works!”